I’m Mean to my Wife

As I grow older, I enjoy being a stay-off-my-lawn curmudgeon. I hate everyone like my wife hates dogs. While she doesn’t really hate dogs, and I don’t hate people, I get frustrated by thoughtlessness. People who tailgate when I’m already speeding, or when they don’t pick up their dog crap in my yard, or when they drive 40 miles an hour through my neighborhood, or that ass I watched leaving the grocery store with only his Starbucks when we’re supposed to stay at home … It’s a long list. 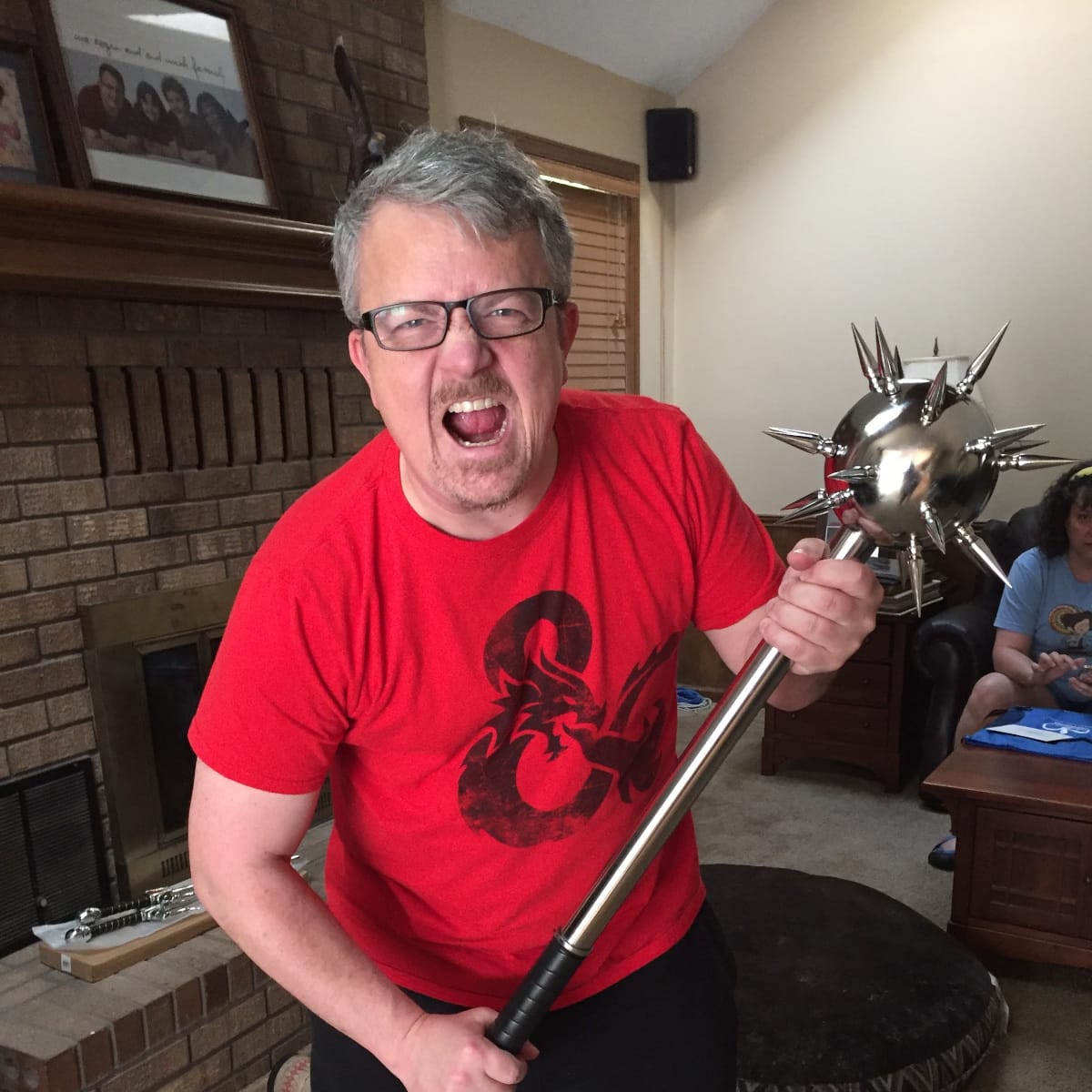 Before the plague, I’d joke that Thanos was right, or that we need a brief, precise zombie apocalypse. I doubt I’ll be making those jokes any time soon, but that won’t keep me from being frustrated with other people. I try to be nice and treat others like I want to be treated. If you read reviews of my books on Amazon or Goodreads, you’ll catch the occasional compliment of how they met me at a con and how nice I am. Those are the folks I genuinely enjoyed speaking with – the reason I went to cons. And then there’s everyone else.
I’ve got a little sales in my blood. My dad was in sales all his life, and I spent a decade working with him as a manufacturer’s representative. Many think of salespeople as the in-your-face, pushy, door-to-door telemarketer types you buy something from just to get rid of them. That wasn’t me.
Back in the day, I wanted to help retailers sell products their customers needed. At cons, I’d actually vet potential readers. If they were looking for dark fantasy or vampire romances, I’d politely encourage them to move on. Last year, I started being less polite.

A young man was hovering over my booth at Visioncon, not really saying anything, and probably waiting to meet my muse, Sarah. Since he was there, I began my vetting process.
“Hi there. What sort of fantasy do you enjoy reading?”
“Actually, I don’t enjoy reading.”
After a brief pause I looked him in the eye. “You do realize these are books, right?”
“Well, uh, yeah.” He took a step back.
“You should find a booth without books, because they’re for reading.”
He chuckled, because I said it politely. He also left and stopped blocking my booth from people who do read. (Get off my lawn!)

I was recently on a demanding project for my day job. It kept me anxious, and a little snippy. Fortunately, one of my favorite Project Managers was in charge, and he appreciates my sense of humor. We sit across from each other, and when Mike would say, “Hey, David, would you…” I’d cut him off by saying, “No.” Fortunately, it made him laugh.
I totally threw him under the bus one day. The poor guy was on two calls, literally a phone in each ear, and tried mouthing a question at me. I’m not a lip reader or a mind reader and had no clue, so I made it worse.
“Mike! I realize it’s Valentine’s Day but it’s not cool to blow me kisses – I’m a married man!”
He paled and dropped a phone as he struggled to mute both of them.
My co-workers put up with a lot, but not as much as my wife. 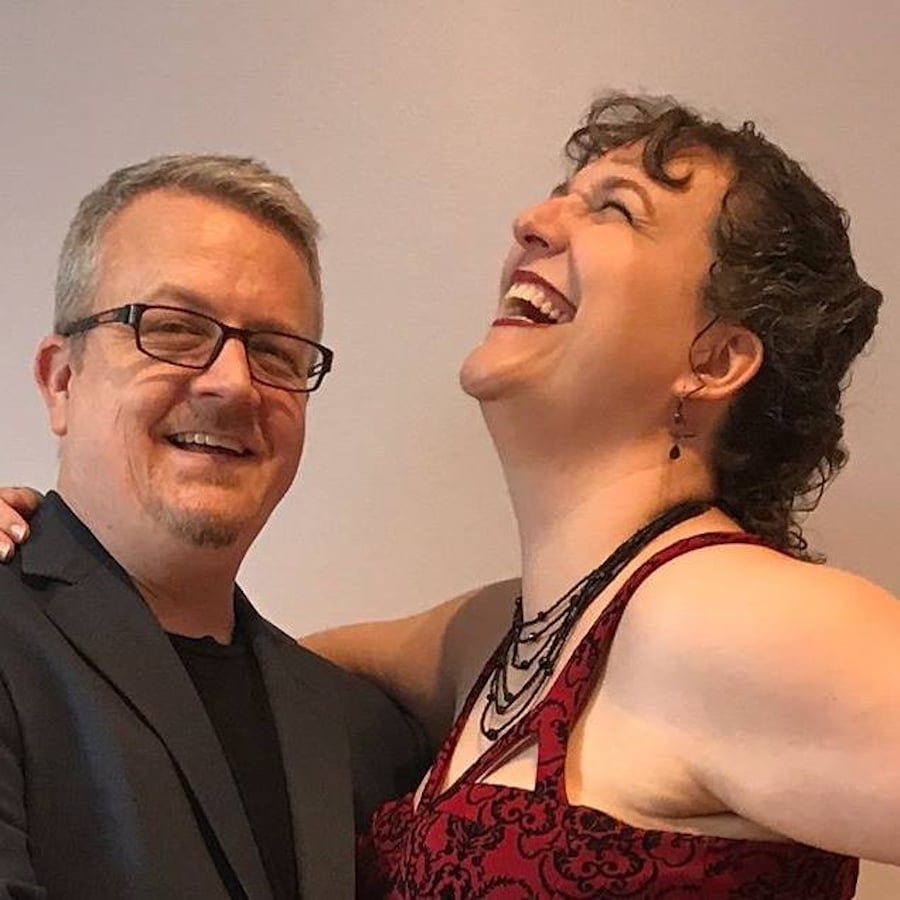 Angie and I have been married since 1993, and she gets me more than anyone, especially my sense of humor. I’m lucky to have her. Last year we were carpooling to our day jobs, quietly lost in our own thoughts. I turned to her and said, “Angie, I’m tired of your bullshit.” She shot me a surprised look, paused, and we both burst out laughing. Did I mention how lucky I am?
Over the last few months we’ve been remodeling the kitchen and family room. What began as a new floor, became stripping wallpaper, painting both rooms, refinishing the cabinets… you get the idea. We were at the tail-end of painting when she suddenly had a bunch of after-the-fact ideas.
“Why don’t we do this, and why don’t we do that and…”
I interrupted her with a, “Why don’t you shut up.” I don’t speak to my wife like that, and after a long day it was the laugh we needed.

I did feel bad for snapping at her during renovations. Prepping to paint the family room was harder than expected. (Isn’t it always.) Removing wood paneling that covered the bottom half of the walls was a chore. The hobos that built our house nailed it in place behind the bannister going upstairs.
I was lying on my back with a hacksaw blade cutting those nails, when she began asking me when we should brunch with her parents. My shoulders were cramping, I was huffing and itchy from sweat and sawdust, and wood chips were falling into my eyes. I finally shouted, “Just figure it out!” I apologized several times throughout the day.
The last time, she was reading when I walked past our room. I said, “Sorry for snapping at you…” And then I couldn’t hold back the chuckle, because this is exactly what an asshole would say. “…but next time…” I ended there, because that was enough to make her laugh. 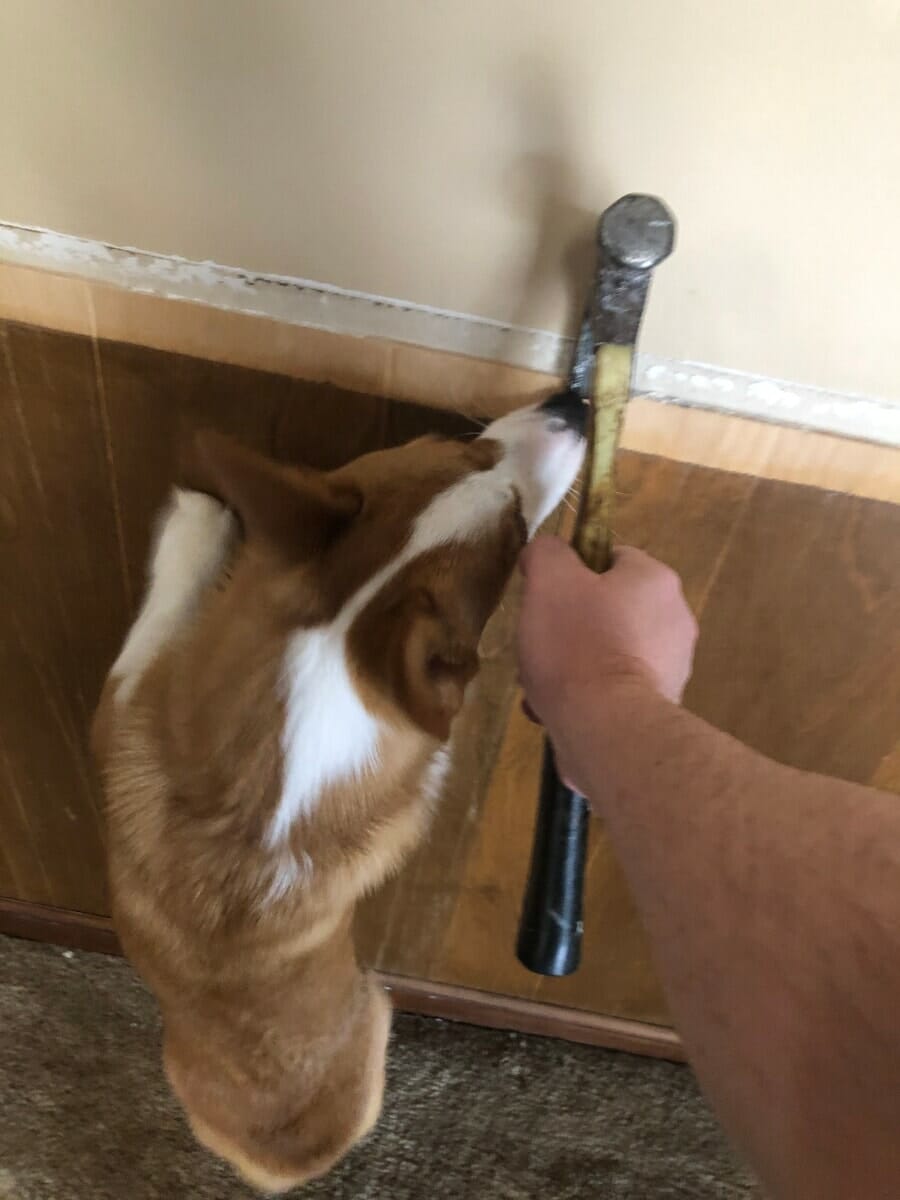 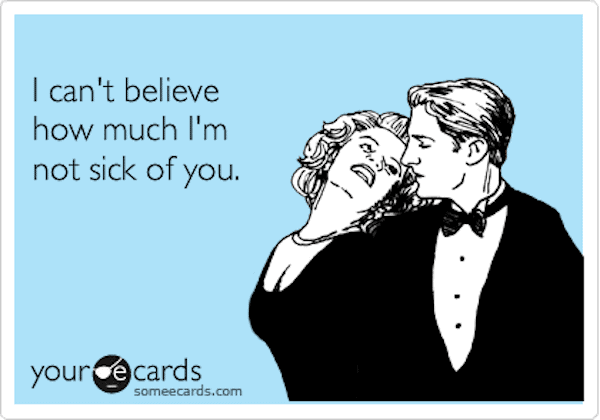 Apparently, my grouchy old man is rubbing off. I recently shared a meme to a group chat we’re in. I thought it was timely considering the lockdown: “I can’t believe how much I’m not sick of you.” She replied, “Here’s what you can do. Shut up!”

Thanks for reading! Be sure to sign up below to receive an alert when I post to my blog.