I’m so excited to share this amazing wrap-around book cover by Alessandro Brunelli! Not only did he do an incredible job, he has the rare gift of turning my crappy sketches and vague ideas into art. My sincere thanks to Alessandro for his great work! 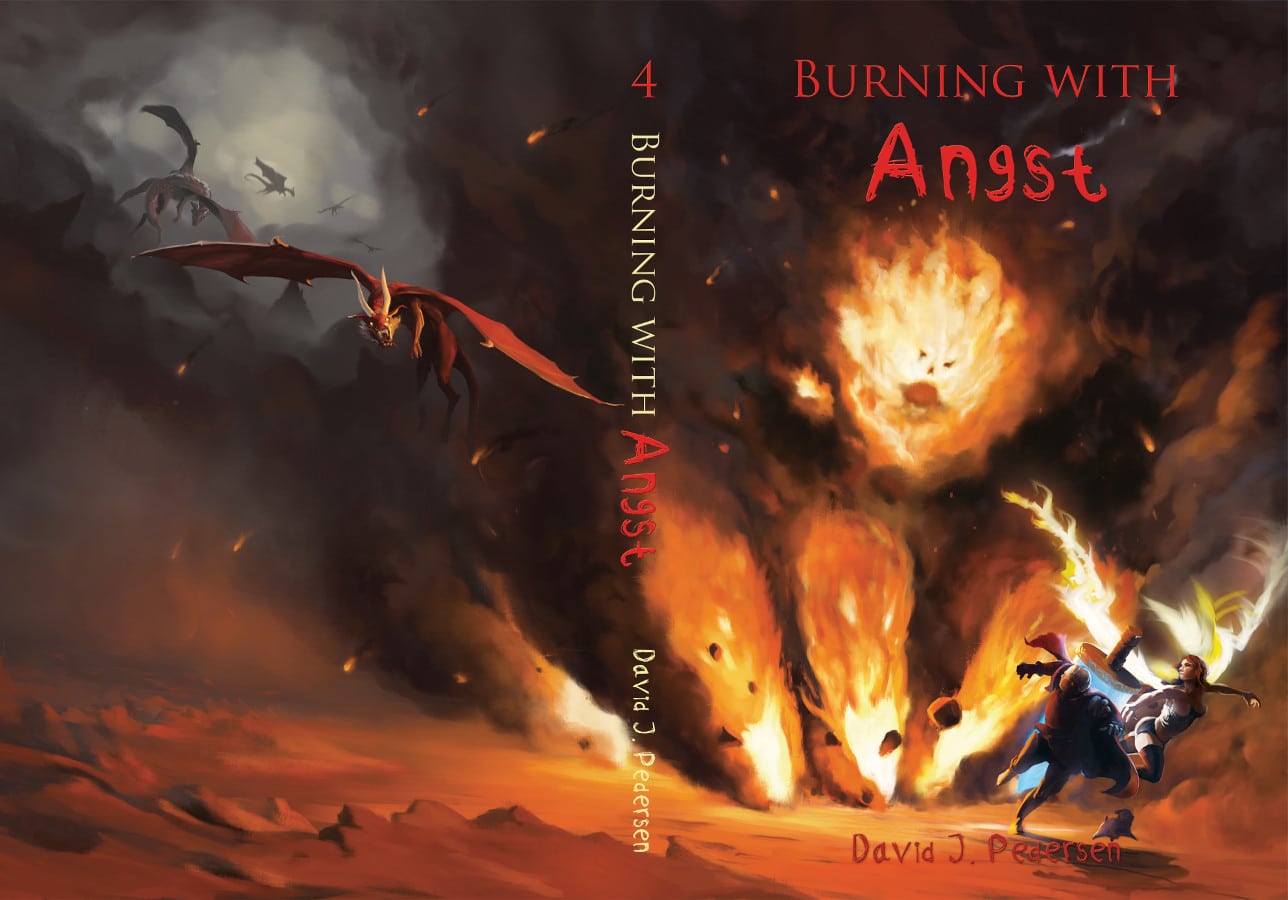 We left the blurb off so you can see more of the image. You can find the blurb below:

Three months after the attack on Princess Victoria, Angst learns that his friends are still missing, and his wife is kicking him out. If that’s not enough, the war between elements has taken its toll on Ehrde, and now, a war between nations seems inevitable. Fortunately, there are only two elements remaining. Unfortunately, they have combined forces to destroy Angst and everyone he loves. It seems Angst’s midlife crisis may be anything but simple.

Burning with Angst is the fourth fantasy novel in David J. Pedersen’s Angst series. Join Angst and his friends as they continue…

Finally, a special thanks to my wife, Angie, for all of her help formatting the cover!