I’m not completely certain what happened to the month of May. I think it’s under a pile of dusty calendars and broken clocks. What started with Demicon and ends with ConQuesT also included several business trips to the west coast, my daughter’s high school graduation in the Midwest and my son’s college graduation in New York that I just returned from this week. Whew! 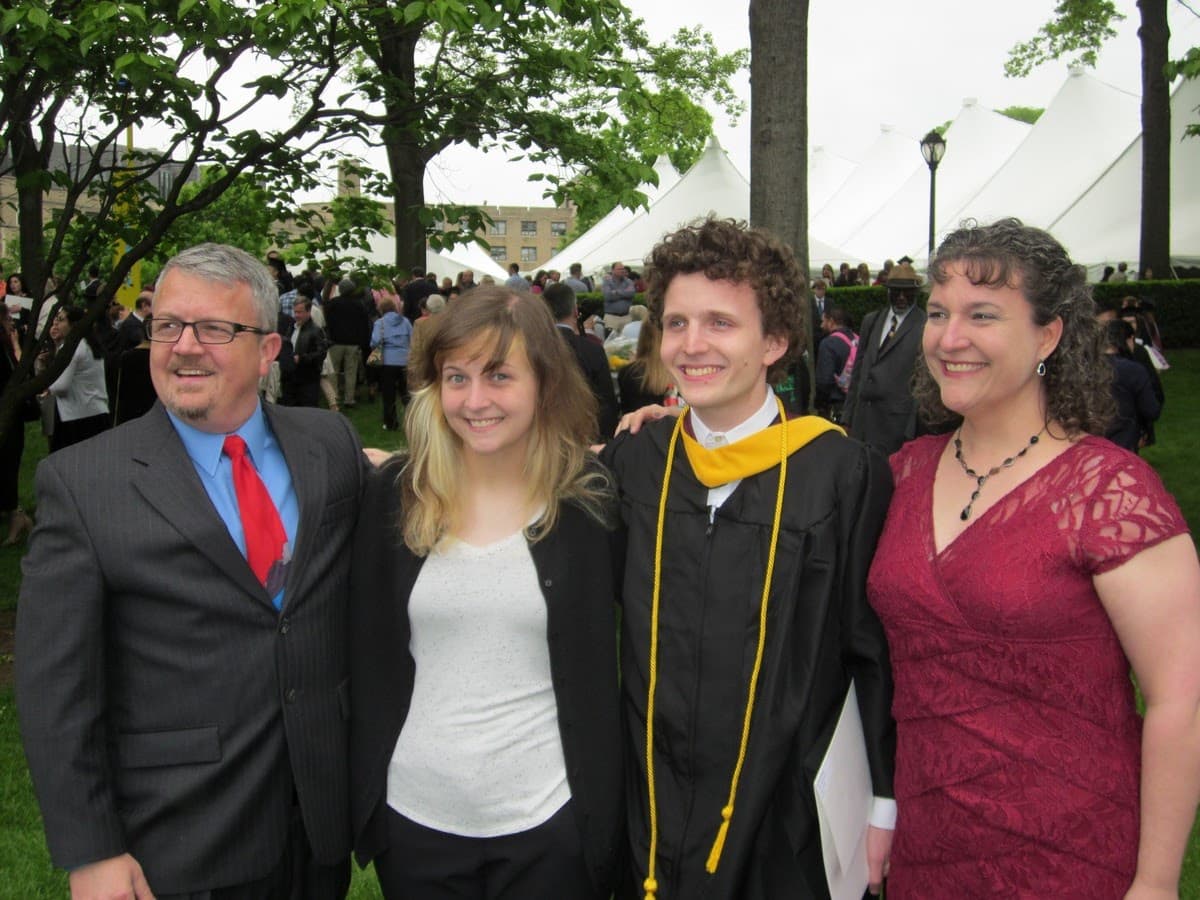 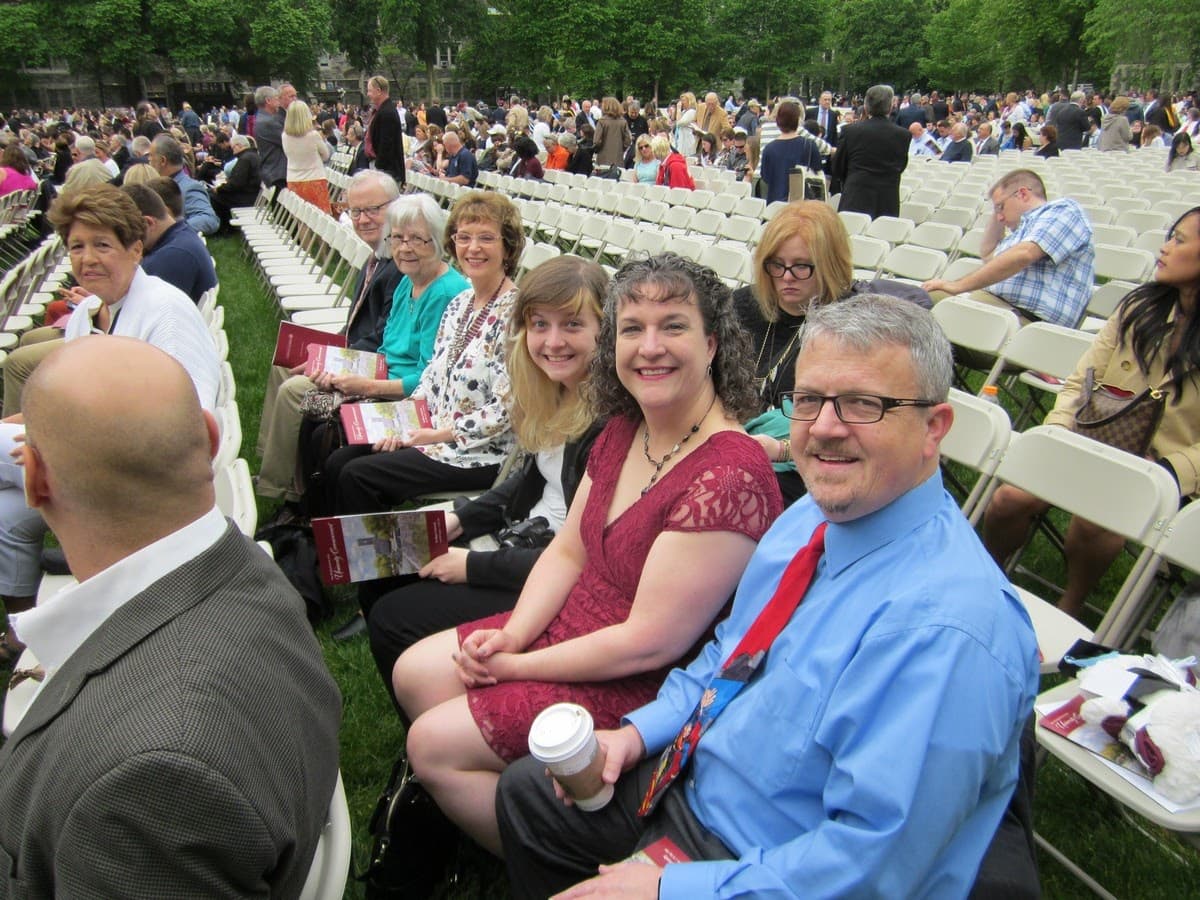 Our five-day adventure to New York included a great amount of excitement, tested all of my patience, and included some really good family time. My wife and I, our daughter and all four grandparents all flew out to see my son graduate. It was a lot of work, and I can honestly say went better than I could have hoped.

The City That Never Sleeps

Wednesday night we enjoyed an incredible meal at Bar Americain. My mother-in-law is a great fan of Bobby Flay, and now I am too. We spent most of Thursday at the Statue of Liberty and Ellis Island, something my mom had always wanted to do. It was amazing, and worth every effort to visit. Friday we went to the Metropolitan Museum of Art, and it shouldn’t be a surprise we spent most of our time checking out arms and armor. That night we had dinner at Benjamin Steakhouse where I shared a steak for two with my son. It was that serious, and that incredible. The entire trip was really about Saturday and seeing James receive his diploma, in the same week my daughter received her high school diploma. I’ve got amazing kids and I have no doubt they will both do much better than their dream-ridden father. We finished the trip by seeing Wicked on Broadway. It was my first time seeing the musical, and was the best live performance I’ve ever experienced. 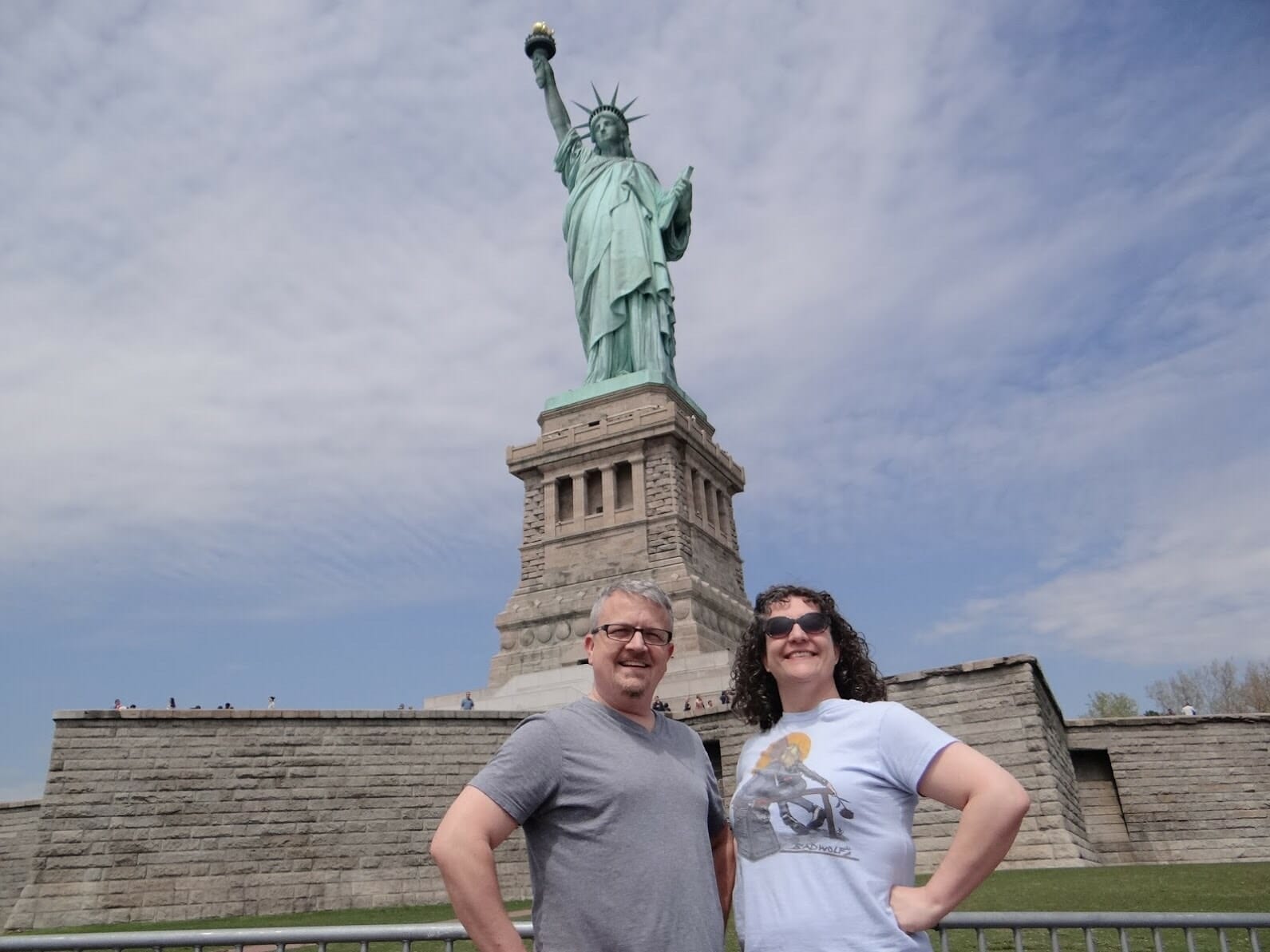 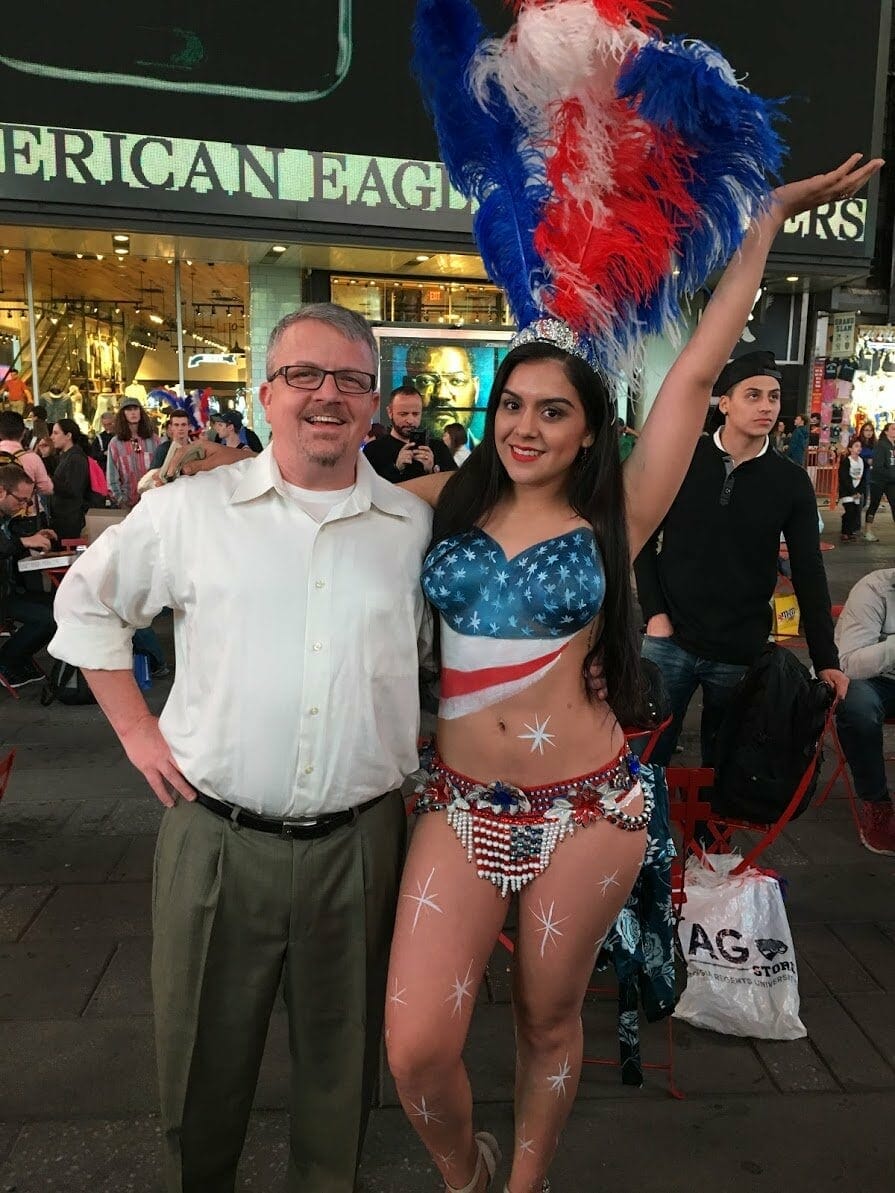 Aside from my son’s commencement, I had some favorite moments. I really enjoyed people watching in Times Square at night with my wife. It was a little less crowded (a little), we weren’t rushed so we could just sit and enjoy the view. You see everything from international tourists taking selfies to half-naked street performers (I even made a new friend for only $5). I also enjoyed going out early in the morning before things started happening, when the square was almost empty, and you could breathe. That was nice. There is also a certain pride from the people who live there that I really appreciate. When I told the doorman at our hotel that my son had graduated from Fordham, he smiled, nodded, and said, “That’s a fine school,” almost as if he was a founder of the university.

A Lot To Take In

The trip was great, but honestly, I find New York to be a challenge. I overheard an older person on Times Square say this was the most people he’d ever seen there. Yup, me too. It was an almost constant overcrowded sea of people rushing in different directions. I’m not claustrophobic, except in New York. Whether on the sidewalk, in a store, or on the subway, it was always elbow to elbow. Unfortunately, I have found courtesy and good humor to be the exception in New York. A security guard at The Met threatened a throw down because my parents were sitting on the stairs… where everyone else was sitting. On the other hand, a nice man serving water at Wicked shared how he had performed in My Fair Lady at Starlight. The few times I’ve been to NY, it has felt like there are a lot of angry people. But what do I know, maybe there are just more people, period. 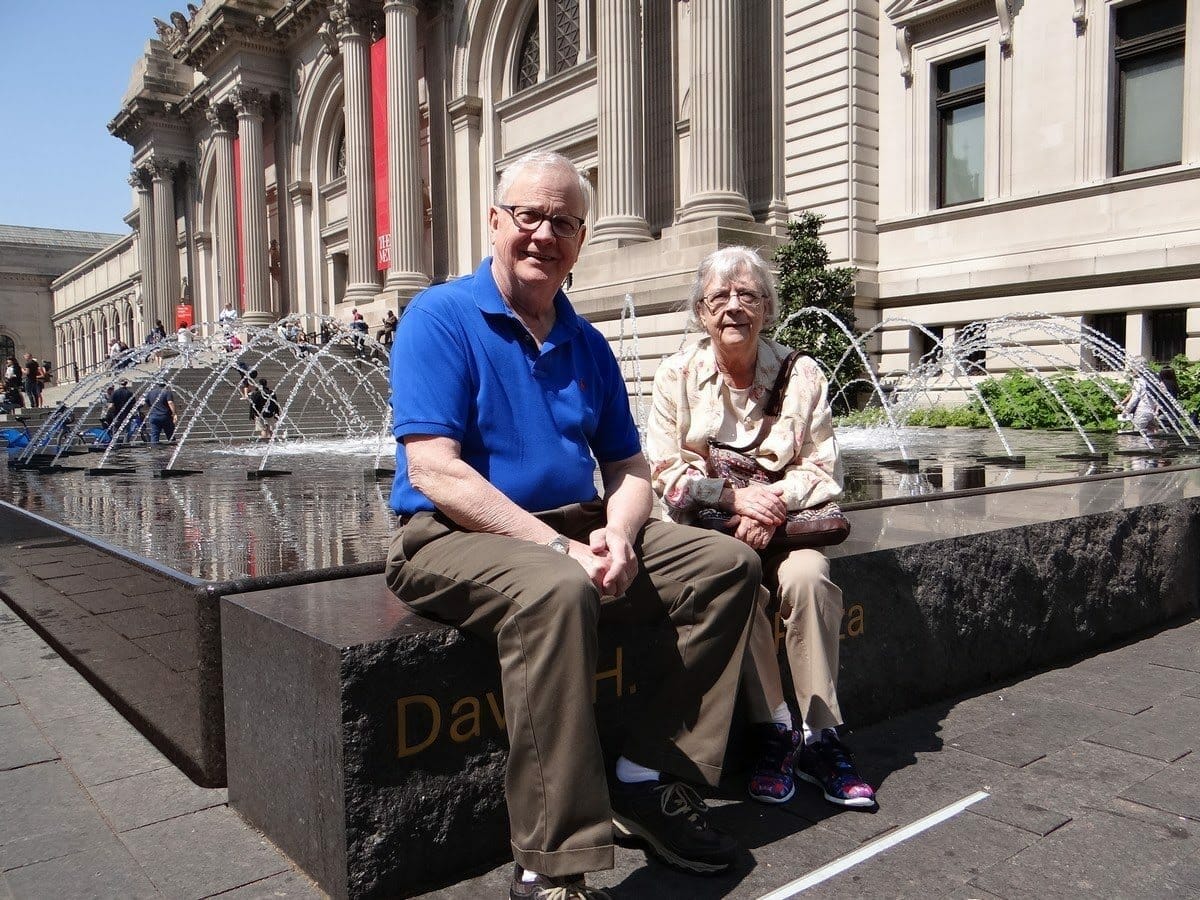 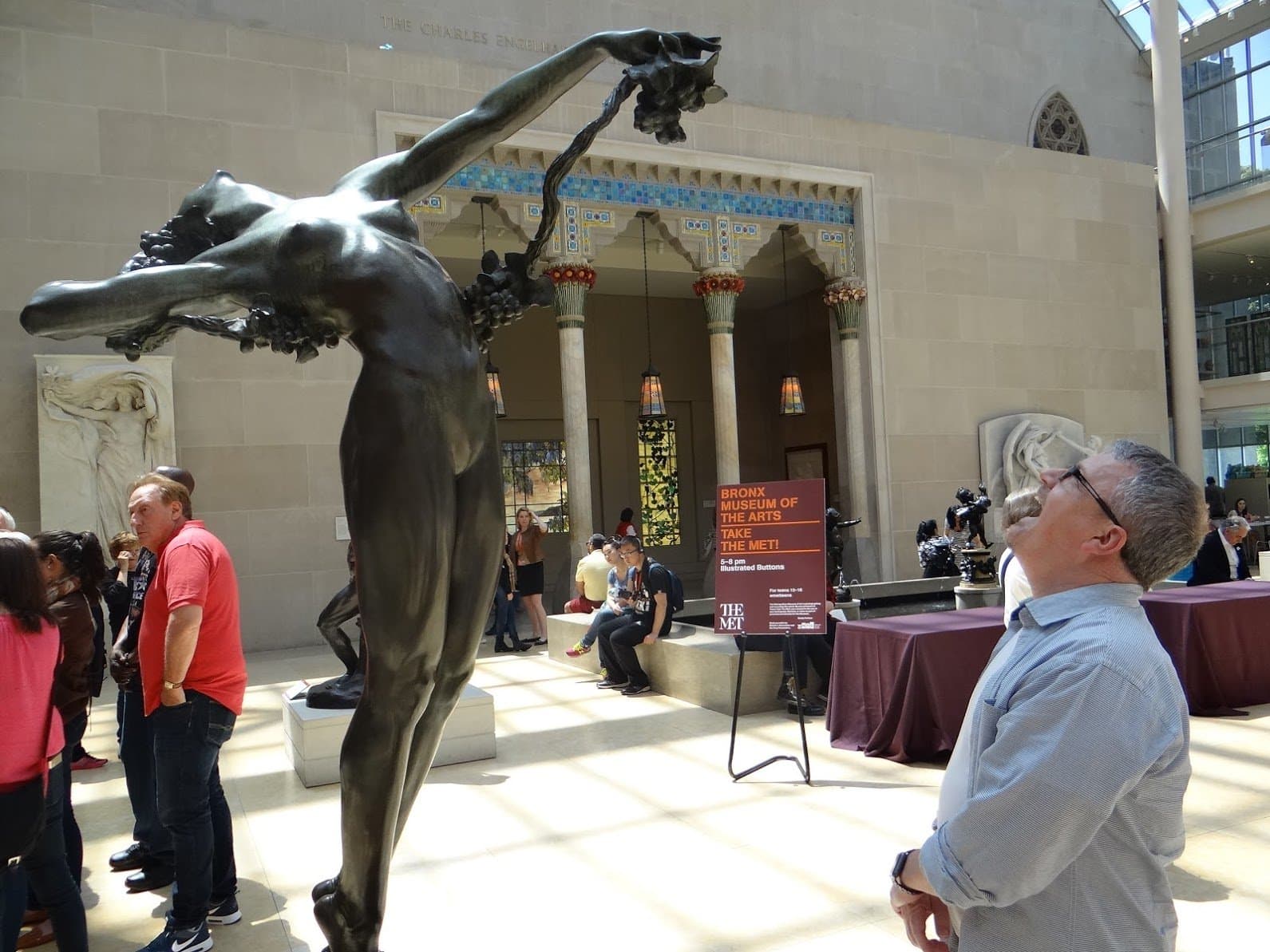 The culture shock isn’t just the experience of traveling to New York, it’s also coming home. The parking attendant at the airport wished me a nice day, I didn’t hear any honking cabs on the drive home, my man cave is pleasantly devoid of people, and it doesn’t cost $15 to refill my drink. It’s quiet…too quiet. I look at my June calendar, and it’s shockingly empty. What am I supposed to do without all of the people, without all of the noise, and with all of this free time…write a book?