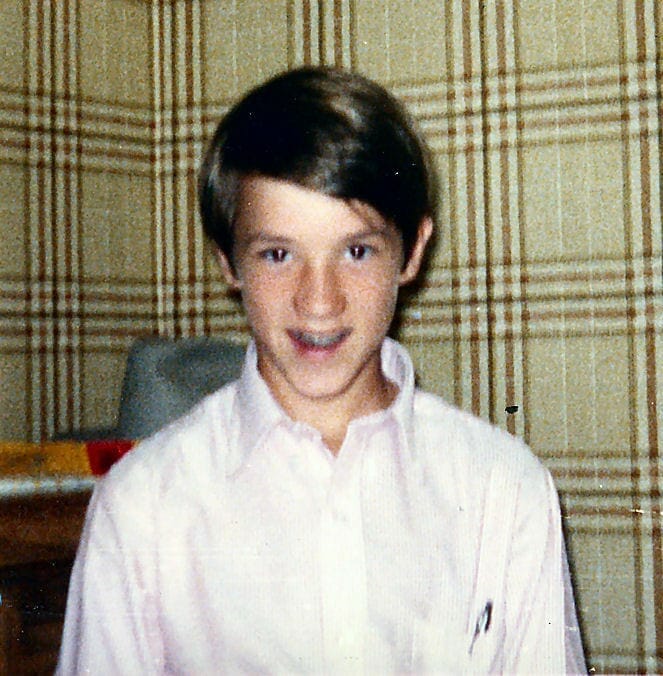 I have always had a tendency to keep people. Back in the summer of 1978, my parents moved from Omaha, NE to Kansas City, MO. Dad worked hard and did well. They weren’t sure about the public schools in the area (that I eventually graduated from) so they put me in a private school that was walking distance from our house. That’s where I met Matt.

An Adventure Growing Up

It didn’t take long for us to become best of friends. We’ve had many adventures growing up. Over the years, we were superheroes and software developers on our Apple IIe computers. We created our own newspaper. We sang obnoxious songs to beautiful young women. We tried to make a Lego movie way before Lego did. We went to every opening night blockbuster movie you could name and quoted every line you could think of.

Matt and I went to colleges in different states, but still stayed in touch. (Snail mail and phone calls, because we’re old like that.) We were the best man at each other’s weddings. He is my son’s godfather. We’ve climbed up fourteeners together, and fragged in the New Year with video games for over a decade. There are stories upon stories that I could share, and probably shouldn’t. It comes down to this. We’ve been friends for almost 38 years, and that will never end. 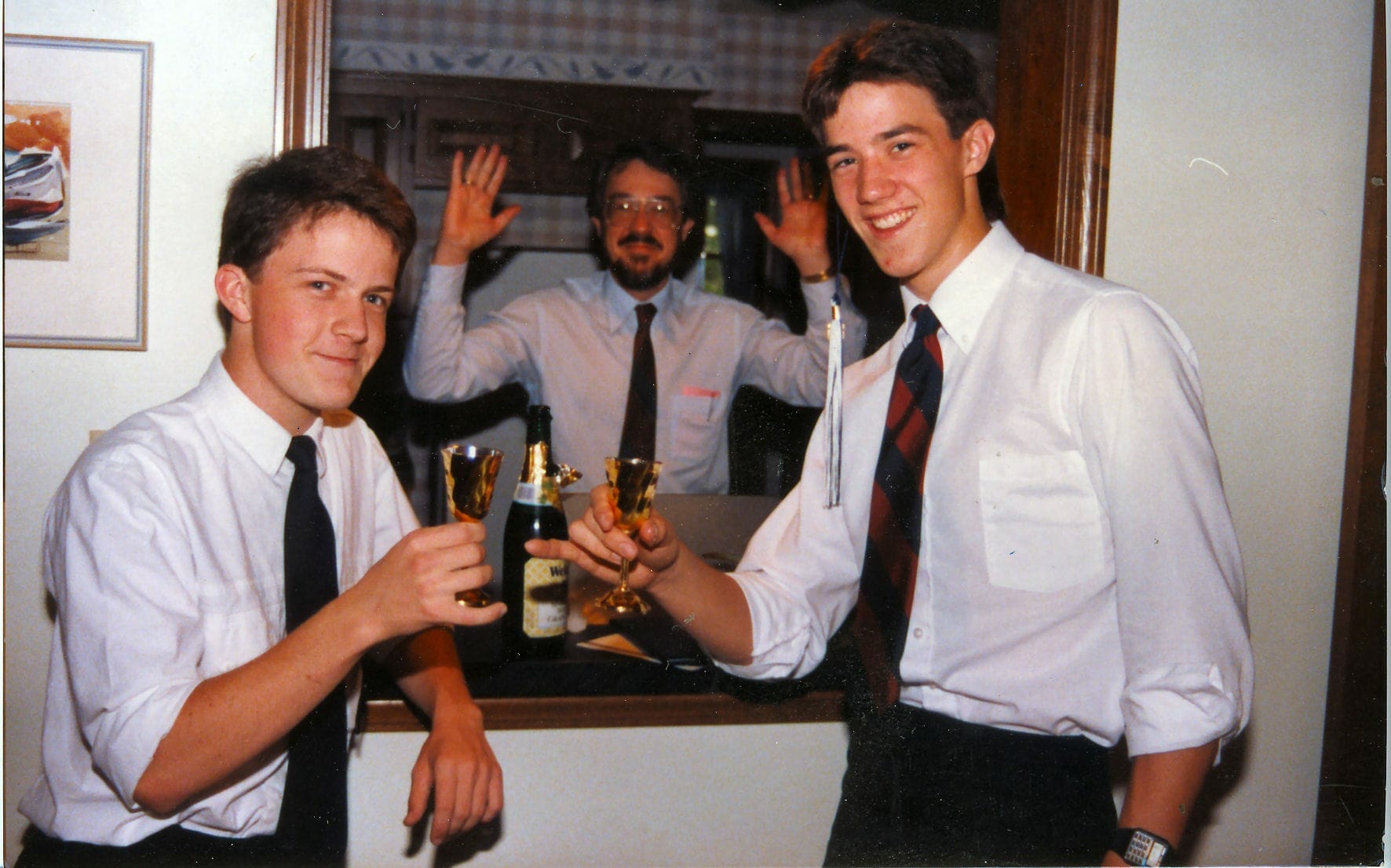 My writing “career” started with a newspaper by Matt and I called The Kansas City Gazette. There were maybe five issues of stories, articles and comics. Each one was hand typed and then copied at my dad’s office to be sold for .25 each. I had the great desire to be a journalist back in that day, and Matt was always there to support and participate. He drew some great comics, and wrote articles far more politically savvy than any 6th grader I knew.

Years later in high school, I wrote a lot of stories, including my favorite, “The Unknown Knight,” featuring a forlorn character filled with angst. (Go figure.) Matt encouraged me to continue with my writing more than anyone, and I did. When we graduated from college, I started my first book which was similar to The Matrix. Matt was one of the few who read it, and pushed me to write more, yet, without actually being pushy. 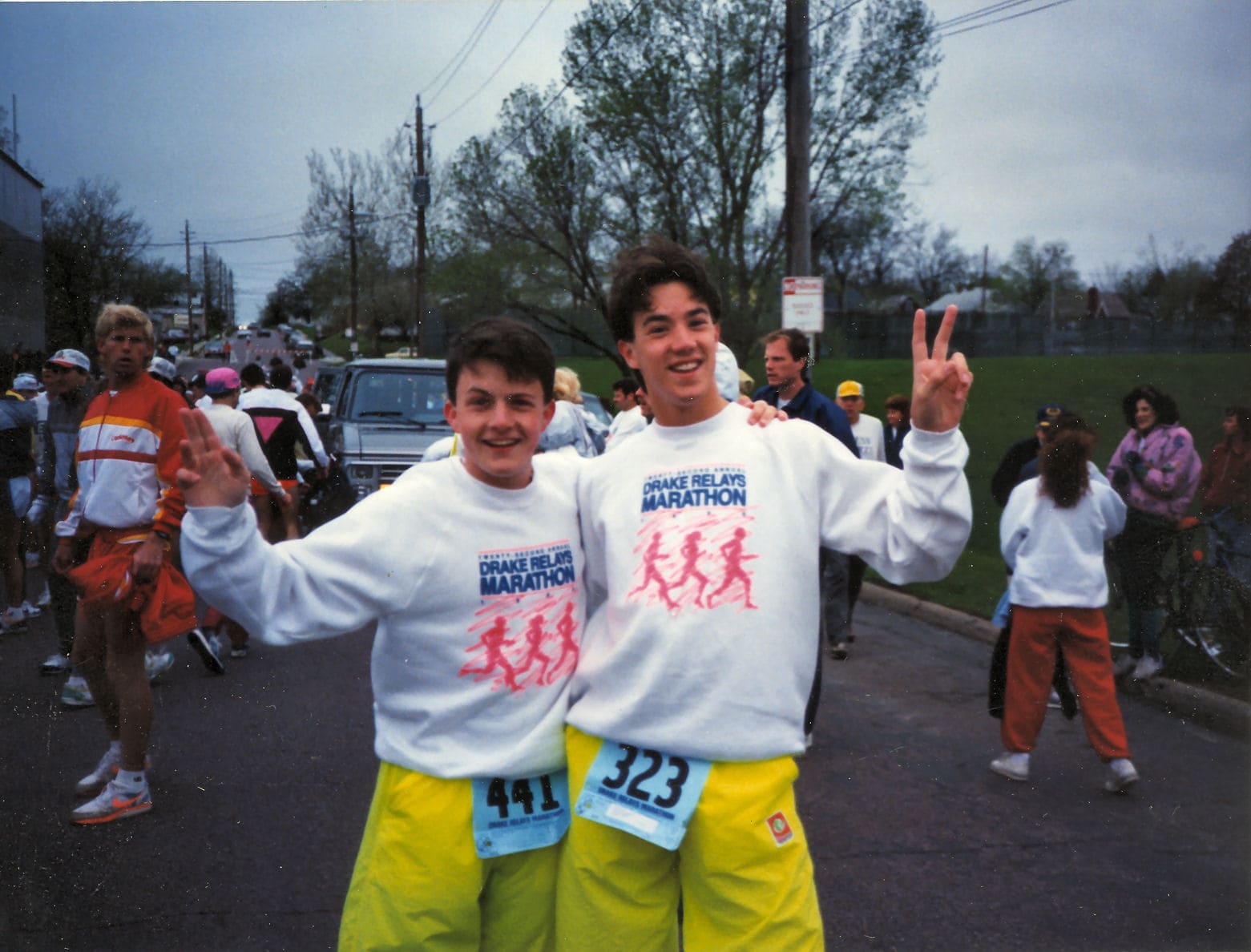 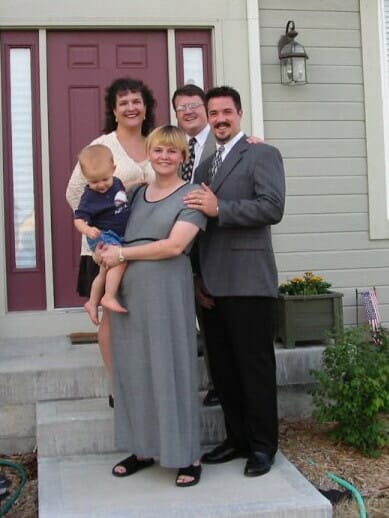 That’s the thing about Matt. He has always been one of the most dedicated people I’ve ever met. He’s a better father than I’ve ever been for his two amazing kids. That bastard was late for gaming one Friday night, and then had to rush from watching Deadpool Saturday afternoon, all so he could see his son in a play both nights. 🙂 He has been married to his lovely wife Susan for 17 years, and they are parents to two amazing children! Honestly, I couldn’t be more proud of the man I’ve known for so long.

Matt is crazy smart. Not only because he is a software developer, but the man reads and understands. A lot of people read, and you can ask them what they read and they will look at you with blank faces. Matt’s the guy I go to before purchasing something, because chances are he has already read up on it and will provide valuable input. It doesn’t matter if you are discussing investments or computer parts, he just knows. 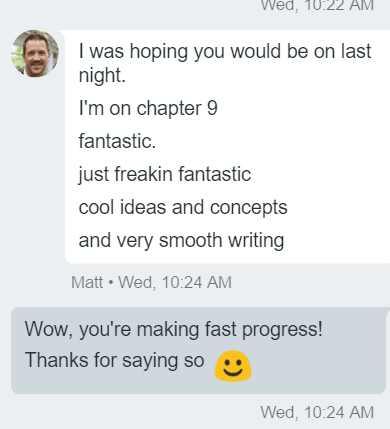 Fast forward through twenty years of marriage and kids and jobs for both of us, I finally started writing Angst. At 25% I really questioned what the hell I was doing, so I decided to share it with him. In spite of everything going on in his life, Matt read it immediately and said go, so I did and shared with others. I met with my alpha team after the first half of Angst was complete and Matt was the only one to show up with a stack of notes. His input was amazing.

Funny story: Matt read from those notes about one of the women in the story, about how she was beautiful and curvy and voluptuous…if you’ve read my books, you’re familiar. He read the description of another woman, and another. They all sounded pretty amazing. Matt then read out loud about one of the men from the stories and went on to describe that they had arms. I hadn’t included a single description for any man. Not one. He was the only one to catch that. Anyone that tells you friends shouldn’t critique your work can go fuck themselves. My oldest friend had totally saved me from this blatant oversight. He made Angst better, and continues to do so.

To this day, Matt encourages me to write more than anyone. I couldn’t be more thankful to have him on my side after all of these years. While we may not serenade pretty girls these days, not much else has changed. 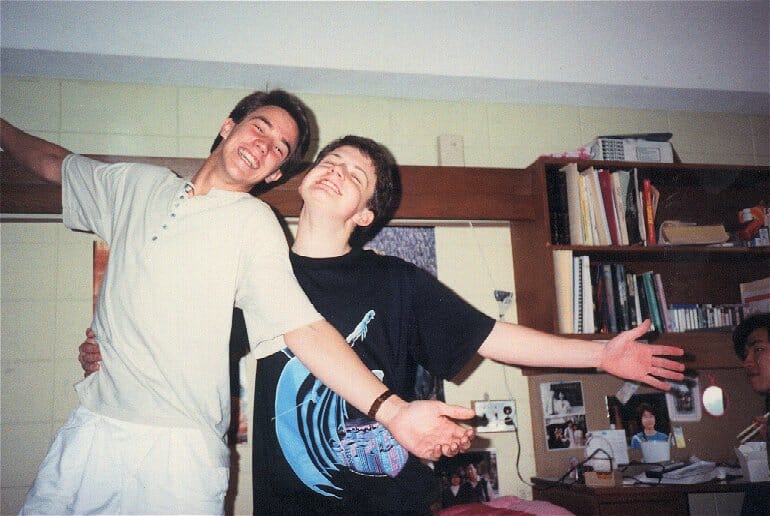